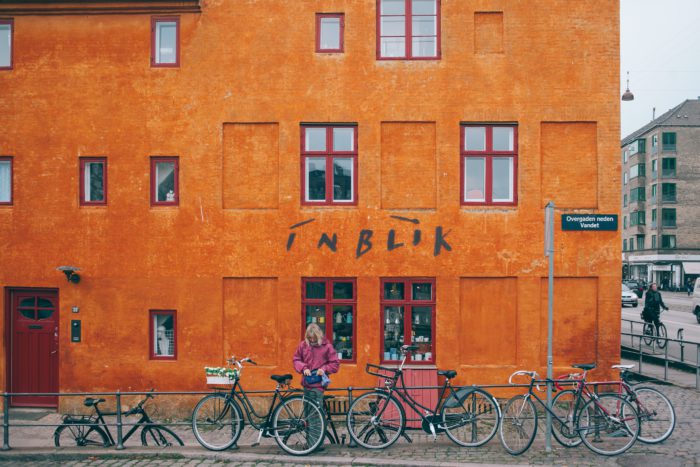 This summer I picked up and finished reading Mikael Colville-Andersen’s 2018 book titled Copenhagenize: The Definitive Guide to Global Bicycle Urbanism. It’s a tale of how the author came to emerge as a recognized expert on bicycling culture and design in parallel to Copenhagen’s similar rise in cycling fame. Upon investigating what he and the Copenhagenize company are up to today, I discovered that there’s an active satellite office in Montreal and they happened to be hosting the first ever North American session of their three-day Master Class. I did not hesitate to register and participate – and I’ve been totally inspired by the experience ever since.

The Master Class was divided into theory in the classroom in the morning, followed by bike tours of various infrastructure features in the afternoon. While the Montreal office consultants are a wealth of knowledge themselves, they also had a stellar line-up guest talks and tours, ranging from the President of Vélo Québec to Marianne Giguère, City Councillor in Montréal, and the Director of Integrated Marketing at BIXI Montreal. Evenings were spent together at trendy restaurants in the Plateau. With four instructors (Copenhagenize employees) and about a dozen participants, the course offered an outstanding immersive experience. Most other participants worked for municipalities or private consulting firms, while one works for the National Capital Commission. I was there for general interest and also to arm myself with arguments and ideas to bring back to Ottawa. Certainly, the principles taught were straightforward for someone who isn’t formally educated in transportation.

On top of the formal program, navigating the city streets by bike offered a meta experience. As a former Montreal resident, a decade ago, the streets were unrecognizable with an incredibly dense network of uber-wide protected bike lanes on major arteries as part of the Réseau Express Vélo (REV). The riding experience is an absolute pleasure, with so much space that it feels vastly safer than urban bike lanes in Ottawa. The REV has plenty of stretches with flexible posts, yet I did not see a single car parked in a bike lane for the 100 or so kilometers I biked in four days. In contrast, I cannot recall a single day in Ottawa when I didn’t have to dodge a car parked in a bike lane. I attribute this to the more deliberate and consistent approach and greater volume of cyclists in Montreal compared to Ottawa.

Much of the Master Class involved looking at best practices and inspirational examples from around the world (Copenhagen of course being a prime example) and then understanding how those approaches could be replicated in our home cities. We heard of how the typical excuses – “but my city is…” – can easily be defeated by identifying a city that disproves such obstacles. For instance, Copenhagen is very windy and Espoo, Finland has severe winters. Montreal is actively trying to improve winter cycling with better snow clearing, as volumes are currently only about 15% of summer values.

One of Copenhagenize’s research approaches is manual observation of people on bikes and intersections. We stood at one of the busiest cycling intersections (Bellechasse and St. Laurent) for 15 minutes, clipboard in hand, and counted bikes. We categorized them in terms of BIXIs, e-bikes, cargo bikes, and gender. More interestingly, we evaluated riding style according to: Conformists, Momentumists, and Recklists. The Conformists are rule-followers, the Recklists frequently take risks and ignore laws, while the Momentumists reside in a zone of practical compromise. Contrary to scolding the rule-breakers, Copenhagenize argues that the design is likely flawed if people on bikes routinely deviate from the intended route. Another way to detect incompatibility between landscapes and riders is to look for desire paths (AKA desire lines), which usually reveal themselves as heavily used dirt paths through grassy areas. (As an aside Bike Ottawa has a map of these.) Another Copenhagenize principle is to observe behaviour to try to improve the biking experience. Two innovations were born out of this approach in Copenhagen: diagonally oriented garbage cans that are easier to aim at while in motion and footrests at stop lights.

With most trips between the train station, my hotel, restaurants, and the classroom being only a few kilometers away, the Metro would have been inconvenient and poor value (on a $/km basis). As the owner of several bikes, never before did I appreciate the role of a bikeshare program. I didn’t have to stress about theft and every single place I went had a station within a short block. There are now 680 stations. Each ride costs just 50 cents + 10 cents/minute (no membership). In retrospect, I might have been marginally better off with the $19/month unlimited ride membership (for trips under 45 minutes – which is frankly as long as I’d ever want to ride on a BIXI). While BIXI bikes are a bit slower than the bike I’m used to, I was easily able to pass most other cyclists and also climb hills. BIXI is rapidly adding electric versions to their fleet, though I didn’t try them out. We took a tour of the BIXI depot, which includes storage, repairs, charging, and also the offices including data analysts (the data is open). BIXI is an impressive vertically integrated company with ambitious expansion plans.

Montreal quickly adapted during COVID. Among the more interesting examples, it implemented a large site for young kids, which features kid-scaled streetscapes in Parc La Fontaine.

Other lessons and activities during the Master Class included:
• An intersection redesign exercise
• A cycling branding exercise for our respective cities
• Cycling for all ages and abilities
• Winter cycling
• Urban cycling misconceptions
• Intermobility and bike parking
• Cycle highways

The Master Class was an incredibly inspiring experience and worth every moment. It reminded me that Ottawa and its near-identical climate to Montreal could be so much better for cycling. I hope local politicians and planners have the privilege to participate in future Copenhagenize Master Class sessions.