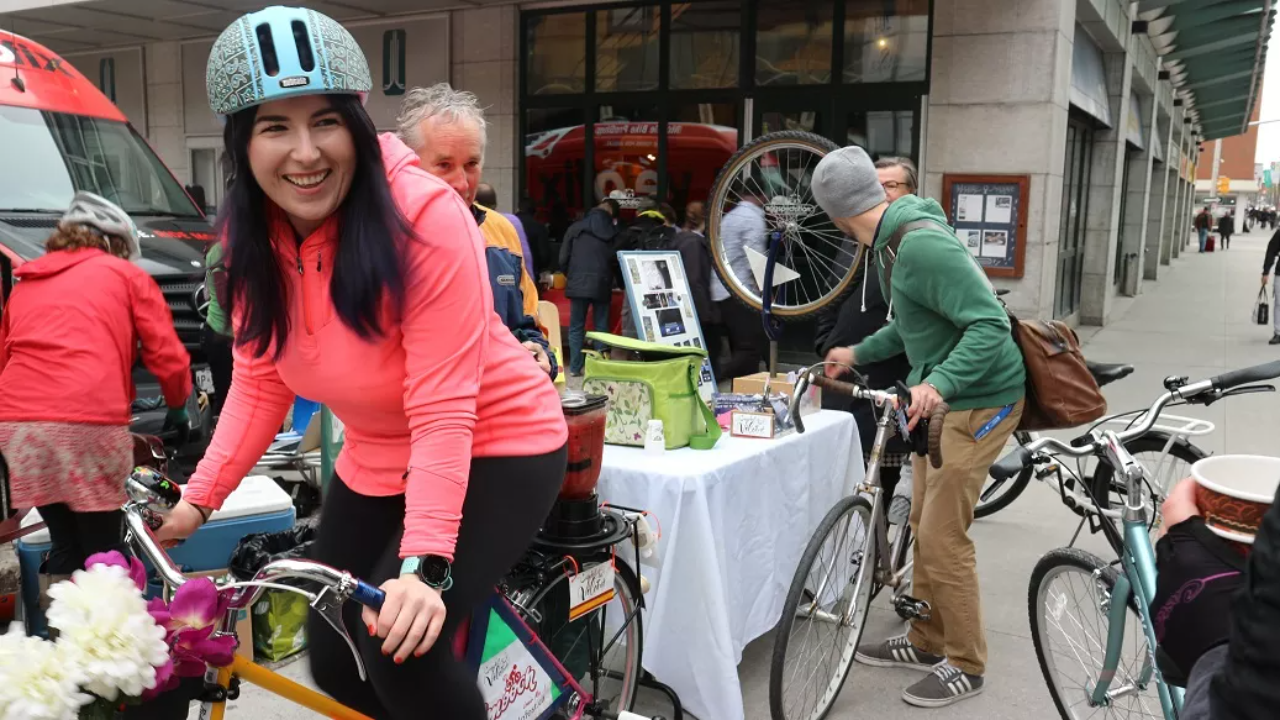 Would you like to know how many kilometres of bike lanes we have in Ottawa? How many people actually cycle in Ottawa? Which events we organised? How many OC Transpo buses have bike racks? Which places should be on a Top 10 list of improvements? Which infrastructure is being added? What we think of the results of our recommendations?

This is the place to start. Since 2011, our dedicated volunteers have been producing an annual report on cycling in Ottawa. We pull data from the City of Ottawa’s open data, OCTranspo, the National Capital Commission (a federal organisation), bike counters, and from simply observing and asking a lot of people to share their experiences. The report gives you a good overview of the improvements in Ottawa.

Why are we doing this?

Because no one else does. Each bureaucracy in Ottawa does its own thing, and there isn’t always an overall coordination of activities in the region. In response, Bike Ottawa created the original Ottawa Report on Bicycling: the only complete annual overview of cycling in Ottawa. In each report, we look at the past year, we look at upcoming cycling improvements, and we look back 5 years to see what progress has been made on our recommendations.