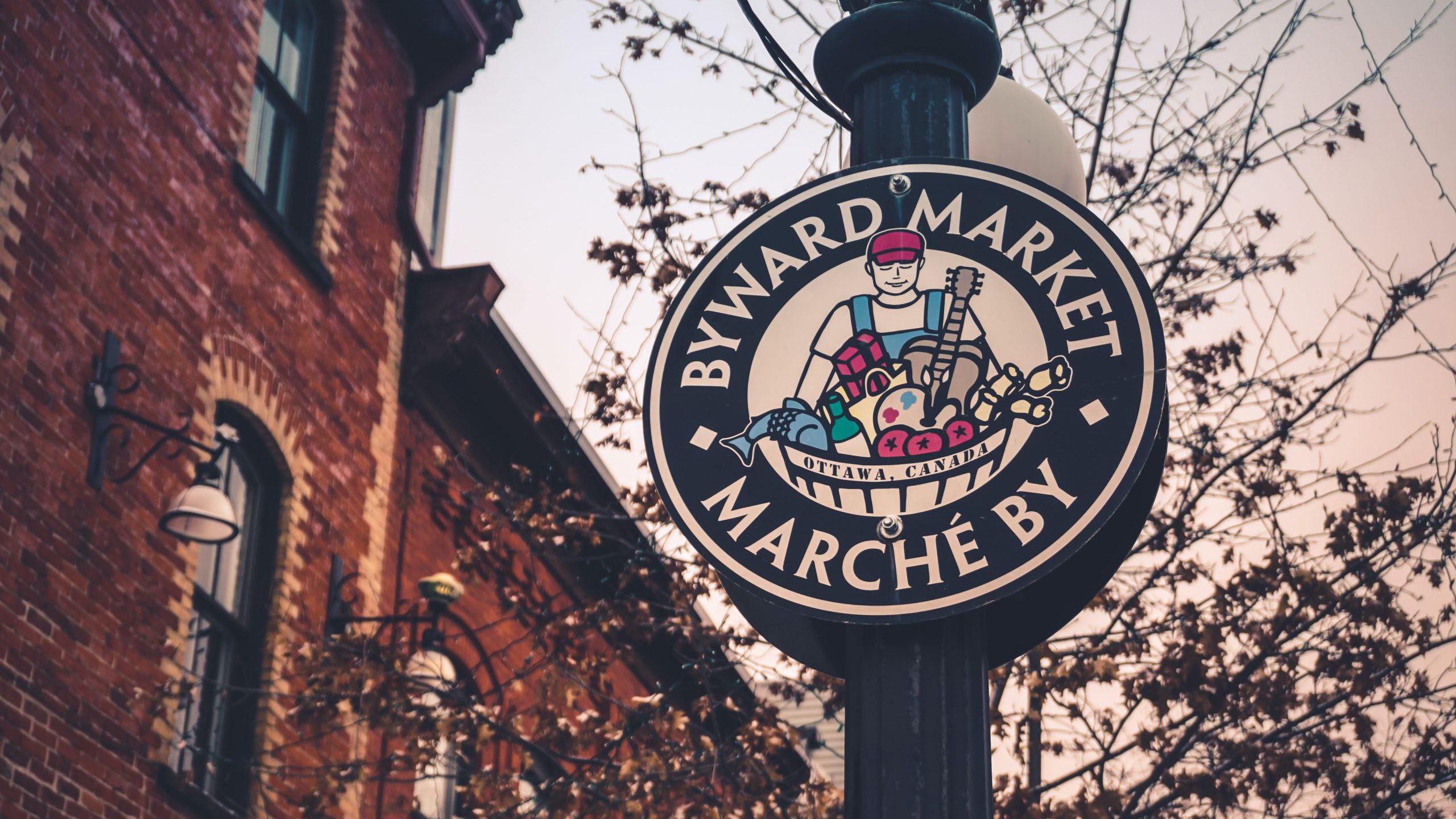 On December 1st, the City of Ottawa Financial and Economic Development Committee passed the “Byward Market Public Realm Plan“, and the plan goes to council for final approval next week. Bike Ottawa wrote a letter in response to the proposed plan. We supported it, we also stated the need for significant improvements at the implementation stage.

You can read the letter in full at the bottom of this entry.

There’s a lot to like in the plan and no doubt it is on the right track: increased pedestrian space with an emphasis on accessibility, activities for all ages and cultures will be appealing to locals and tourists. Greening will make the space welcoming all year long, and especially in the hot summer months (there’s even a fun water feature for kids included in the design).

Perimeter bike access to the market looks good (well, we’d like to see the bike lanes meet TAC standard of 1.8-2.1m, but we digress…) with separated bike lanes on St. Patrick, Murray, Cumberland, Sussex, Mackenzie, Rideau, and Colonel By (yes, filling in the infamous missing link!). The longer term part of the plan also includes doing away with the left turn ramp from Mackenzie to Colonel By, eliminating the underpass and creating an at-grade level walking/rolling space and crossing. There is also shared pedestrian and bike space on William street.

However, in the heart of the market, the plans remains too focussed on accommodating automobile traffic at the expense of creating public spaces made more vibrant by active transportation. For example, people on bikes are asked to mix with automobile traffic, riding between drivers and parked cars. The 3.5 meter lane widths will result in fast moving traffic, and is not conducive to “slow streets” which is the aim of the plan.

We have asked for planners to focus on the removal of on-street parking, as there are several large covered parking facilities within a 1 to 6 min walk of the market area (2166 spaces, to be exact, we did the math) and dedicate this space to safe active transportation – make the sidewalks even bigger, and provide dedicated separated space for biking. Everyone, young and old should feel safe biking through the vibrant streets of our market area. The test we’d ask the planners is this: Do you think the street is a place where an 8-year-old could ride a bicycle? If it’s not, then go back and adjust the street design until it is. We have asked for the creation of true 30km/hr streets, this means reducing automotive lane widths to 3m, tapered corners, tight turning radii, and moving deliveries to off-peak hours.

Ideally, there would be much more space dedicated solely to walking, rolling, and slow biking. Opening more streets, being bolder, and returning streets to people, will make the market an even more vibrant place to visit. With bicycle lanes to get to the market, an LRT stop, and plenty of OC Transpo bus routes close by, there are lots of sustainable ways to access the market, and this should be the focus of the plan, rather than on-street parking options.

The ByWard Market should maintain a focus on people first, the Public Realm Plan is about placemaking: “A great public space cannot be measured by its physical attributes alone; it must also serve people as a vital community resource in which function always trumps form. When people of all ages, abilities, and socio-economic backgrounds can not only access and enjoy a place, but also play a key role in its identity, creation, and maintenance, that is when we see genuine placemaking in action.”*

We support the plan in many ways, but want to see it push the envelope further to make the market what it has always been – an animated and vibrant space where people gather, a place that supports a community, a place for people, not a place dominated by automotive traffic.

Dear Mayor Watson,
Bike Ottawa members, and the Ottawa biking community, are very pleased to see the inclusion of separated bike lanes around the perimeter of the Byward Market to help get people on bikes to the area safely. We. believe the designs offer many improvements to the public realm, including greenery, and more vibrant public spaces, with activities that will appeal to all ages and a wide variety of cultures. However, we have several concerns about the design plans, and we ask that some recommendations not be accepted until a safer street design is developed.

Specifically, we are concerned that the functional street designs presented do not support streets that are animated through active transportation. After arriving at the market, people on bikes will be sharing space with mixed traffic and parked cars. The current designs include 3.3-3.5m lanes which will not result in calm, slow moving traffic. We ask for the design to encourage biking by all ages, from 8 to 80 years old, and all comfort levels, in the market area. To achieve slow streets, the lane for drivers should be reduced to 3.0m with tapered corners, a tight turning radius, and other year-round design measures for 30kph streets.

It is also our opinion that the public would be better served by having more streets, particularly around the Byward Market Building, open solely to walking and slow cycling, and entry on other streets limited to access parking garages. Automotive traffic does not make a space animated, people do. Walking, rolling, and biking should be the focus of the market area.
We are also concerned that automobile parking remains a dominant use of street space. Despite there being 2166 covered parking spaces within a one to six minute walk of the market area, (this count does not include the garage at 70 Clarence slated to become a Destination Building) an LRT station, and several different bus routes, the public realm plan still includes copious amounts of on-street parking. This space would be better used for biking facilities and even wider sidewalk spaces throughout the area. We suggest removing on-street parking on George, York, Byward Market, and Parent to reduce stress levels and enhance the Byward experience. Cars can be parked on the periphery in one of the many lots in the area, with loading and unloading for businesses in off-peak hours.

The Public Realm Plan should maintain a focus on enjoying the market area experience, and not driving through it. We would like Council to support the renewal of the Byward Market, but before implementation, we ask that changes be made to support safer cycling facilities, and that shared pedestrian and biking spaces be increased to reflect the desire to make this a place for people.

Barbara Greenberg on behalf of Bike Ottawa – Board of Directors