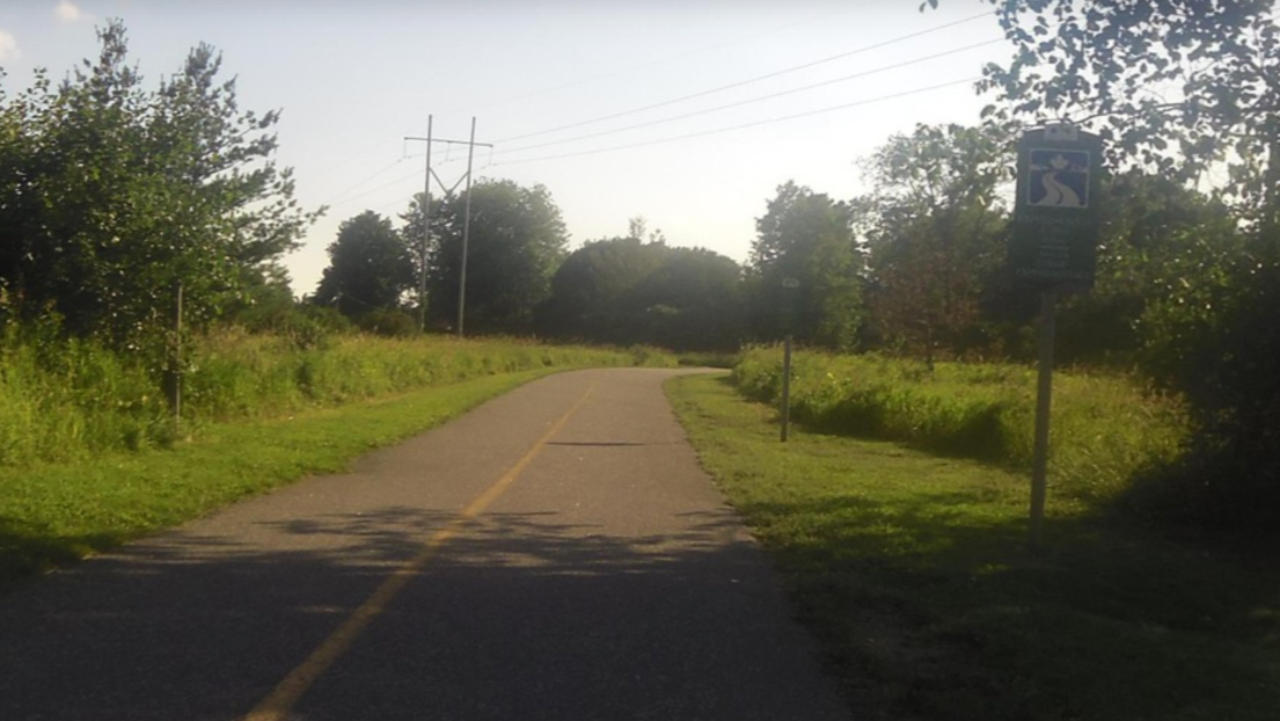 The National Capital Commission has released the 90% draft of its Capital Pathway Strategic Plan for public review and comment. There are a lot of good things coming, and a few things we think they could do to improve the safety and comfort of the multi-use pathways. The online consultation runs until 17 June 2020, so we encourage you to take a look at the plan and submit your comments.

The strategic plan has been in the works for a few years now. There was an initial public workshop in February 2018 which several representatives of the Bike Ottawa board (and likely a fair number of members) attended, followed by an online consultation. In preparing the draft, the NCC has reached out to community groups including Bike Ottawa and Action Vélo Outaouais for additional thoughts. Now is your chance to have your say on the final plan.

Which are the NCC pathways?

Sometimes it can be difficult to tell! The cities of Ottawa and Gatineau have adopted similar standards for multi-use pathways (3-ish metres wide with a yellow line down the centre), so it’s not readily apparent which body is responsible for the path you’re using. The affected paths on the Ottawa side include the Ottawa River Pathways, Pinecrest Creek, Watts Creek, Rideau Canal East and West, Rideau River East and West, Aviation, and the Experimental Farm. The NCC is also responsible for the paths along several interprovincial bridges.

In short: a lot of the all ages and abilities pathways available to the residents of Ottawa fall under NCC jurisdiction. So if you are invested in the safety and utility of much of the city’s pathway network, you should read on.

The biggest news for cyclists is that many of the highest-traffic sections of MUP will be widened or even twinned to provide more capacity. As the pathways get crowded, the potential for conflict between cyclists and pedestrians increases because there is less space to pass safely. And since these are multi-use pathways and not just bike routes, there needs to be opportunity to stop and smell the tulips. So where needed and possible, the NCC will try to separate slower- and faster-moving users onto separate paths within the same multi-use corridor.

The fully-built network includes new segments of pathway and upgraded segments in order to provide a continuous loop around the periphery of the capital region. In particular, this would create additional routes through the Greenbelt which would provide safe access to NCC amenities like the Mer Bleue trail and Bruce Pit, and provide alternate routes to Bells Corners and Blackburn Hamlet. In the core area, the Ottawa River Pathway will eventually be linked between the Parliament locks and Rideau Hall, including a potential accessible crossing of the locks themselves.

Completion of these links will unfortunately be a long way off.

The plan includes guidelines for pathway design. This includes aesthetic features, but also establishes safe design practices. For instance, the guidelines establish standards for sightlines at junctions with clear space and a preference for pathway intersections close to 90 degrees. Triangular junctions with ambiguous traffic patterns will be discouraged. Gate structures to bar unauthorized vehicles from the path cannot reduce the clear width of the pathway, and chicanes cannot constrict pathway users. And buffer zones or guardrails must be provided where a MUP is immediately adjacent to a roadway.

The NCC is also planning to update their wayfinding and branding. Remember how it’s hard to tell if you’re on an NCC path? Updated signage will have standardized identifiers, and they are even considering use of a different colour for the painted centre line to distinguish the Capital Pathways from other MUPs. (The language seems to suggest they want their paths to put the city’s to shame, which I hope Ottawa will take as a challenge.) Wayfinding signage and maps will try to provide distance and direction and not focus on discrete routes to set destinations. Markers will both identify the path that you’re on and provide location references to surrounding streets and landmarks.

One unexpected aspect of the plan is attention to how the pathways act as part of a regional network. The National Capital Region lies on the Great (formerly Trans-Canada) Trail, and is connected to the Rideau Trail, Prescott-Russell Trail, And Quebec’s Route Verte. Inter-city cycling routes are sorely lacking in Canada, so it’s nice to see that the NCC at least recognises their potential for travel and tourism.

How we use the pathways

One big improvement in safety is a simple change: where the pathways cross driveways or access roads, priority will be given to pathway users. Future construction will try to eliminate these crossings where possible, and reinforce pathway priority where it isn’t. (If you have seen the plans for the new Westboro Beach pavilion, you will have noticed that the parking lot will be moved to the east side of the parkway except for some accessible spaces.)

The NCC is also proposing changes to their code of conduct. Instead of trying to create a rule for every eventuality, they want to adopt a simple code based on user safety. The proposal is that all pathway users travel on the right side and always yield to slower users. In practice, this will mean runners yield to pedestrians and people using mobility devices, and cyclists yield to just about everyone. Speed limits will be reduced in busy areas (a “slow zone” around Parliament and the downtown part of the canal) and increased in places with less traffic and longer travel distances, but users will always be required to slow down and yield.

And when it is necessary to pass slower users, ringing your bell will not be required by the code of conduct. This is of course a perennial source of angst, since a ding! can be alternately interpreted as “please be aware that I am about to pass” and “get out of my way!” I don’t expect the issue to go away completely (just as inconsiderate path users won’t go away completely), but clear direction should at least reduce the recriminations.

Pedal-assist e-bikes and mobility devices are currently the only style of electric vehicles allowed on the pathways, and that will remain the case for the immediate future. The NCC plans to revisit this policy periodically as new types of e-bike become more widespread. Since definitions for these devices remain ambiguous and poorly-regulated (e-bike? e-scooter? electric motorcycle?), the pathways team anticipates that future rules will be based on potential for harm rather than splitting hairs between technologies.

All that said, there are a few disappointments in the plan from a cycling perspective. While the NCC recognises the need for lighting to improve pathway safety (and perception of safety), some high-traffic but isolated routes like the Experimental Farm Pathway will remain dark. And the required guardrail where there is not space to separate the pathway from the road by a buffer zone only applies where the speed limit exceeds 60 km/h, which excludes the uncomfortable stretch of Colonel By Drive east of Bank Street.

There is no intention to maintain the entire pathway network in winter, which forces cyclists onto routes with more potential for conflict with motor vehicle traffic. The seasonality of the safest infrastructure makes it harder for people to adopt cycling as a year-round means of transportation. (To be fair, recreational fatbiking will be welcome on the groomed trails.) An early spring plowing of the uncleared paths when conditions are no longer suitable for winter activities would be a good addition to the winter maintenance plan.

On the other hand, it isn’t the National Capital Commission’s mandate to solve all the active transportation problems in Ottawa. Where the multi-use pathways are not available as transportation corridors, we need to demand parallel routes from the city which are also suitable for cyclists of all ages and abilities. If Ottawa wants to cite the NCC MUPs as part of the cycling network, then they need to step up where those links are insufficient.

These are the plans. Cyclists in Ottawa are used to ambitious plans which take forever to be implemented, or are watered down when it comes time to make them real. And the National Capital Commission is not democratically accountable to residents of Ottawa and Gatineau. However, the NCC has become more open to the needs of cyclists in recent years, and the plan genuinely reflects input from the community, so we can hope that they stand behind it.

Please visit the NCC website and take a look at the plan, then participate in the online consultation. Even if you like everything you see, it’s worth submitting comments to say so!

Remember as well that all of those infrastructure projects will be subject to budgetary constraints. If you want pathways to be repaired, upgraded, and expanded, make sure to send a note to your MP and let them know that you want the NCC to be able to follow up on the strategic plan.