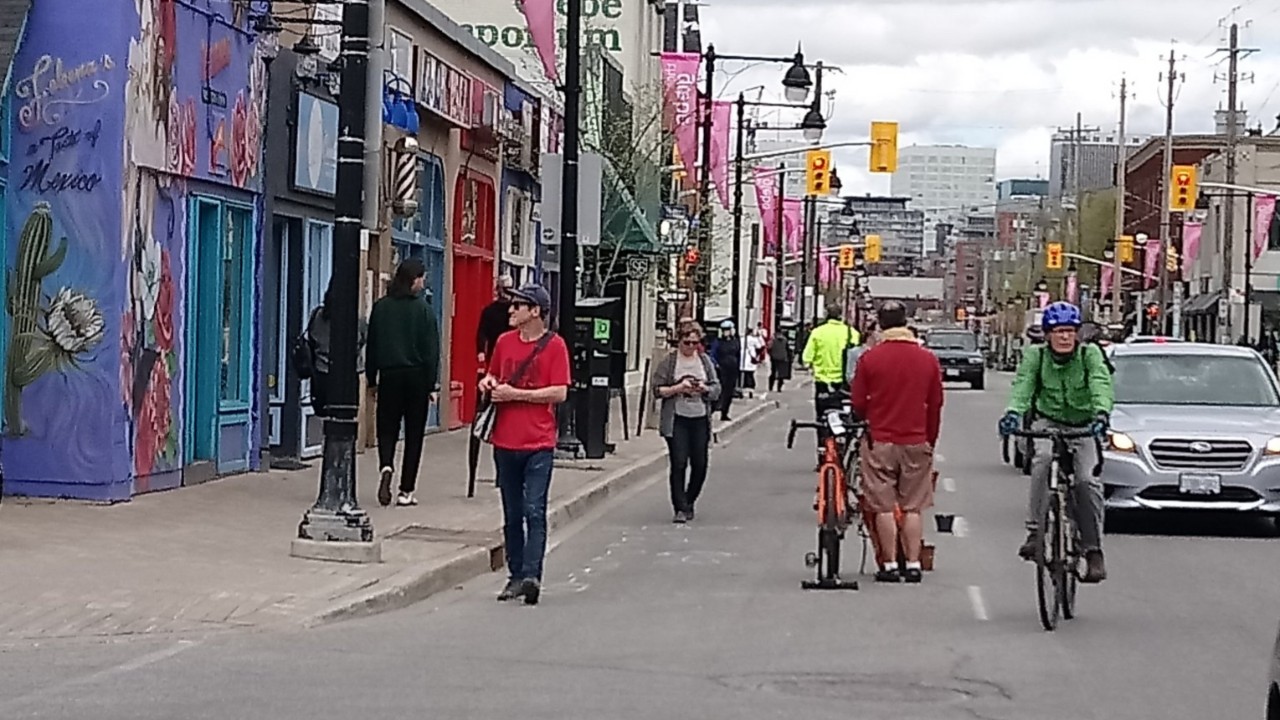 At a recent council meeting, Mayor Jim Watson introduced a motion which as passed requires 2/3 of businesses to approve temporarily converting street parking space into wider sidewalks. However, people are already walking in the street to avoid crowding. This is an unsafe situation, and Bike Ottawa has written to the mayor to ask that this policy be reversed and that priority be put on the safety of vulnerable road users.

We are writing in response to the May 13th, 2020 motion passed at council regarding the use of street space to create more physical distancing.

This motion stipulates that 2/3rds of businesses must approve creating space for social distancing on city streets, as well as requiring any street openings to be paid for out of the local councillor’s budget.

Ottawa residents have been calling for more space for the physical distancing required by Ottawa Public Health, and the Chief Medical Officers of the city, province, and federal government.

Many of our streets are crowded due to long queues to enter stores, and more people are out walking and biking because they are being asked to stay close to home. Residents are walking into the street to avoid sidewalk crowding, and are sharing space with motor vehicle traffic, an unsafe practice.

Cities in Canada and all over the world, including Montreal, Vancouver, Toronto, Victoria, Edmonton, Calgary, Winnipeg, Seattle, New York City, Paris, London, Bogata, Milan, etc. are prioritizing public health by opening up streets to those who are walking, rolling, and biking. This includes the creation of wider walking and rolling spaces, as well as hundreds of kilometers of bike lanes. Opening of streets by using on-street parking addresses the need of residents to be able to move safely in public spaces, while also supporting local businesses.

We ask the motion be reversed. Opening spaces on the street will help residents of this city move around safely and avoid crowding. We are confident that you too want to create a safe and liveable city for all its residents.