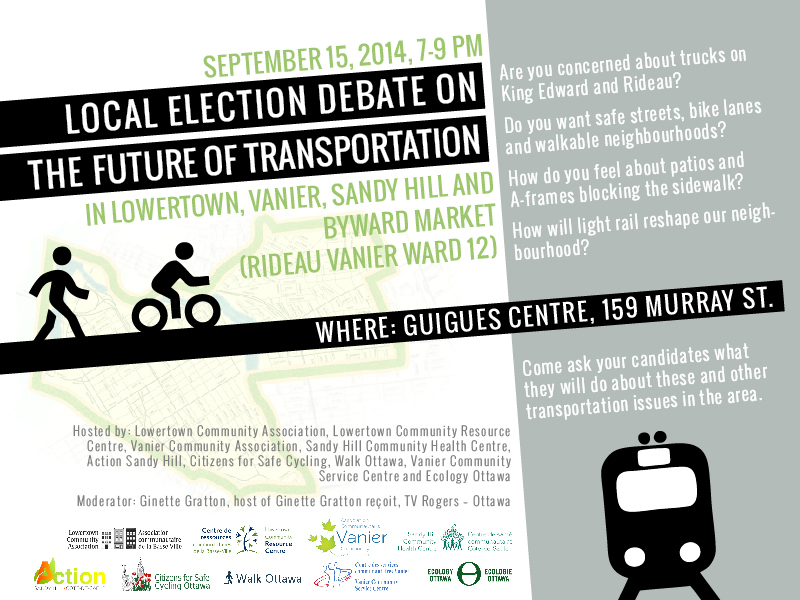 Around 350,000 bike rides are counted on Laurier Ave every year. The East-West Bikeway is slowly being built. Work on the bike and pedestrian bridge over the Rideau River has started. These are all positive developments for cycling in the city.

But there is more than cycling. How would you like to see the city in ten years?

Do you think the city puts enough thought in multi modal transportation, for example, drive from outside teh city to a Light Rail station, jump on the LRT and bike the last mile to work downtown? Is there enough bike parking, are there enough logical connections? Are bike lanes sufficient on busy arteries? Do you think the city is aggressive enough in making space for pedestrians in the Byward market? Should BIA’s (Business Imporvement Areas set the tone or should citizens input be stronger? Should there be a CIA (Citizens Improvement Areas)?

This and a lot more will be discussed on September 15 at the local election debate in Ward 12.

The event is supported by no less than 9 community groups.