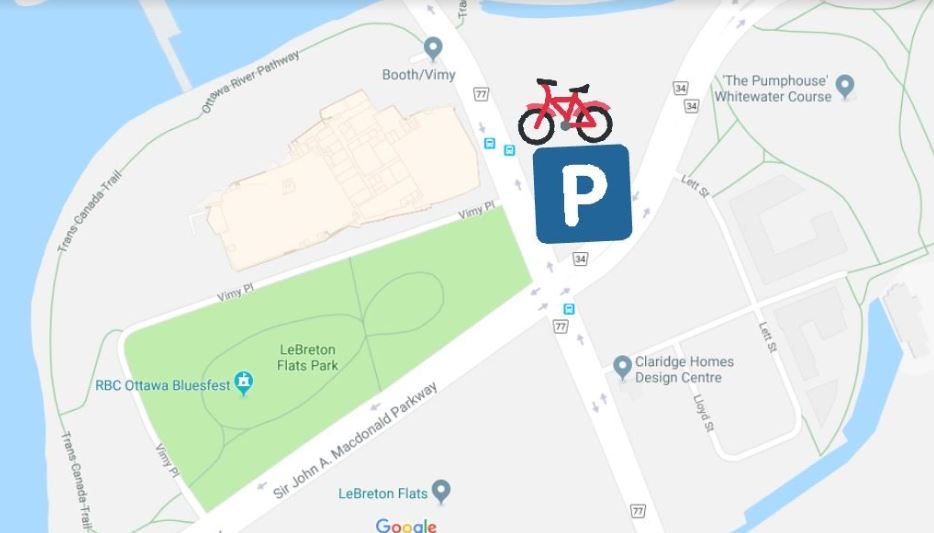 Bike Ottawa traditionally looks after your bicycle at the RBC Bluesfest. Over 70,000 bicycles have been looked after since 2006, and not one got lost or stolen. And all is done by volunteers.

You can find our Bike Ottawa bicycle parking service in the triangle across form the war musuem and behind the Holocaust memorial.

Bike parking is free, but we accept donations. Bring some cash for the donation jar. Half of the net proceeds goes to Blues in the Schools, the other half goes to Bike Ottawa.

Bluesfest bike park will be available every night of Bluesfest, July 5th through 15th, 2018 and Bike Ottawa will have a bigger presence at the Bike Park on July 11th, to sell t-shirts, memberships, maps and more!

RBC Bluesfest and Citizens for Safe Cycling are partners for many years in the well known supervised valet parking program in Ottawa. It has become very popular thanks to the great service provided by Charles and his volunteers, but also due to investments in bike infrastructure by the NCC and the City of Ottawa combined with an increased interest in getting to events by bike. It is not uncommon to see over 1000 bikes parked around the festival area. If you want to see a proof of “build it and they will come” it is here.