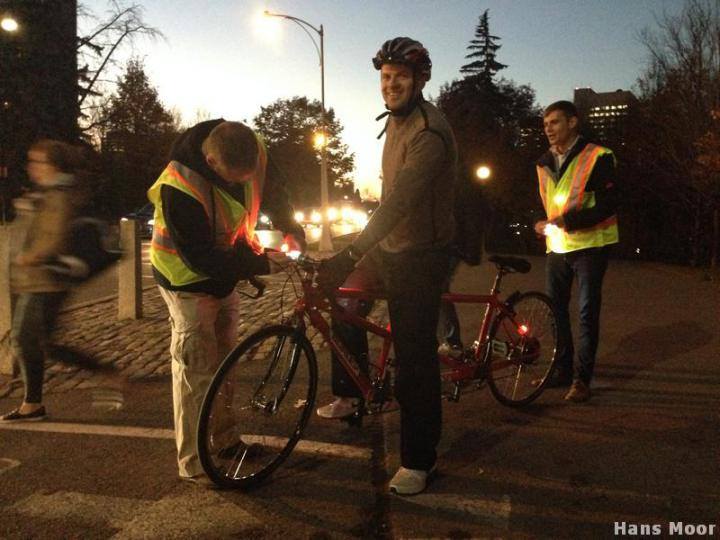 Just after the clocks turn back, we’ll be partnering with Safer Roads Ottawa again this year to raise awareness and encourage cyclists to light themselves up while cycling in the early evening and at night.

As a part of this safety awareness campaign, Ottawa Police Traffic enforcement officers will be stopping cyclists who do not have lights on their bicycles, and volunteers from Bike Ottawa and the City of Ottawa will provide free lights.

The Highway Traffic Act requires that all cyclists have a working front light and rear reflector. Over the past five years, the lack of proper lighting has been one of the most prevalent offences during Ottawa Police enforcement blitzes focsued on cyclists.

If you don’t catch us on November 6th, you can get a set of bike lights for as little as around $10: so make sure you have a pair in working order, and stay visisble as the days get shorter!