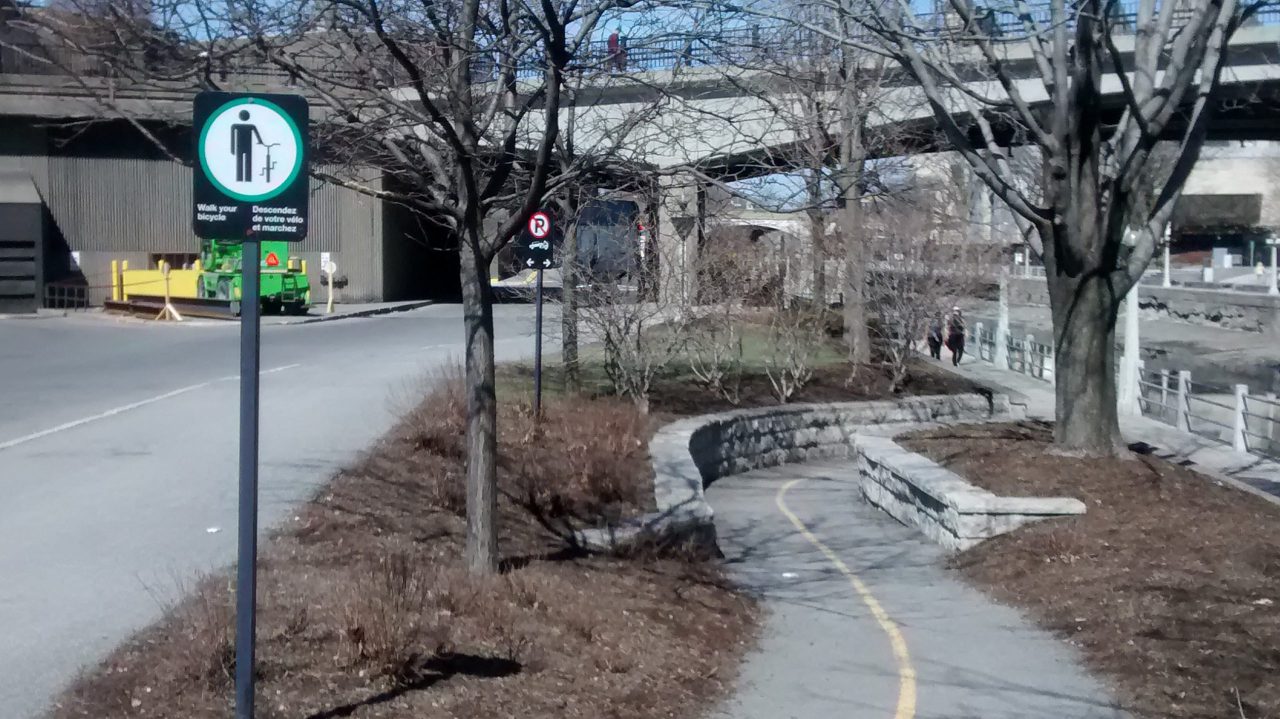 Our 2015 Report on Cycling identified improving connectivity on the Northbound Rideau Canal multi-use pathway around the NAC as a top ten concern for cyclists in the city.

Seizing the opportunity of the NAC rejuvination, CfSC reached out to the managers of the project to voice concerns, and advocate for practical solutions to be implemented through the renovations.

In spite of the fast-moving nature of the project, our advocacy effort was rewarded with an opportunity to share cyclists’ concerns with a small group of project stakeholders including the NAC staff managing the project. As CfSC’s Advocacy Working Group heard during its April meeting, those concerns are now being considered as the project rolls out.

In the phase of the project that is scheduled for completion by July 1st, 2017, the NAC will implement changes to address conflicts between cars and cyclists on Freeman lane– the one-way driveway between the NAC and the canal that cyclists currently use frequently to avoid the pedestrians-only section of the pathway along that strip of the canal. Once construction is complete, Freeman lane will include a new, painted counter-flow cycling lane. This will recognize this as a cycling route connecting Canal MUP and the Ottawa River Pathway, and improve the safety and visibility of those who use it.

Given the short timeline for the rejuvination to take place by 2017, longer-term considerations will be further discussed this fall. This will include consideration of how to incorporate a continuous cycling path from the Canal to the Ottawa River MUP, and improving connectivity with Elgin and Wellington Streets. These will need to be considered with the Ottawa Tranportation Master Plan in mind, including planned cycling infrastructure Elgin and on the Mackenzie King bridge. Staff involved in the NAC rejuvination project are keen to work along with Parks Canada and the NCC to make sure that the cycling connections around the NAC are improved, and provide useful links with surrounding streets. CfSC will continue to provide inputs throughout this process.

To get involved in this and other continuing advocacy efforts, find out more about our Advocacy Working Group and email advocacy@bikeottawa.ca if you are interested in joining.