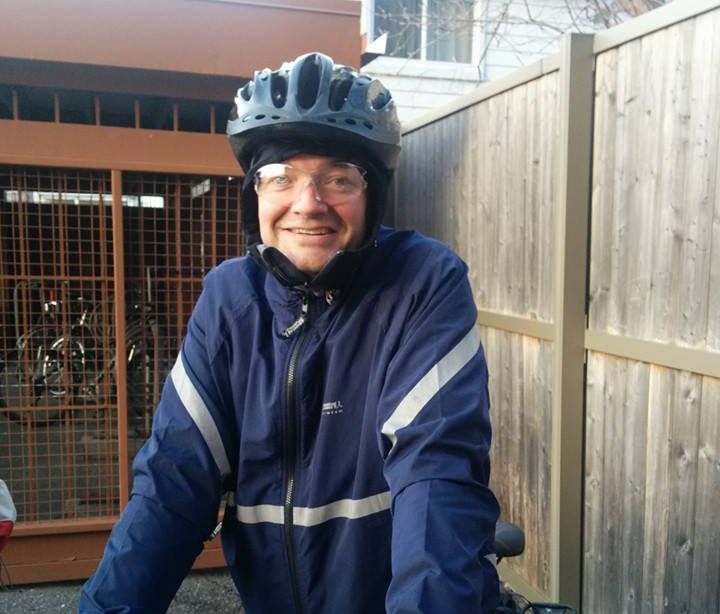 Each workday, CfSC member Bob McDougall makes the daily 20+ kilometre (one- way) commute from Kanata South to his workplace at Dow’s Lake – and back again after work.

Starting as soon as the snow has disappeared from the paths on his route and continuing until its return, Bob began this daily routine of commuting from the environs of the Greenbelt years ago, inspired by others he had seen doing the same.

“Exercise. The feeling you get when you get off the bike after a long commute. Environmentally-friendly commuting. Not sitting in traffic on the Queensway.”

These are the motivations that Bob cites for his impressive daily commute.

While Bob’s route does for the most part take him along safer stretches of road and pathways, with options to travel along the Ottawa River Pathway or through Westboro, ensuring safe and complete connections to cycling infrastructure from outside the downtown core is crucial to ensuring the safety of existing cyclists, and to encouraging more people to commute by bike. Although in day-to-day conversation much attention is given to cycling in the city, Bob notes that the least cycling-friendly stretch of his commute is actually closer to the Greenbelt than the downtown core.

You can read more about Bob’s ideas for getting more people commuting by bike–including through advocacy and leadership during Bike to Work Month in May–in our 2016 Ottawa Report on Cycling (download PDF, 3.5 MB, see page 22).

Bob joined CfSC this year after learning about the organization on Twitter through the #ottbike hashtag. “I joined because I like that they are volunteer-run and believe, as they do, in making Ottawa a better, safer, more environmentally-friendly city,” he says. CfSC is grateful for all of its members who, like Bob, provide the experiences and voices that are at the foundation of advocacy for more and safer cycling from the downtown core to beyond the Greenbelt.