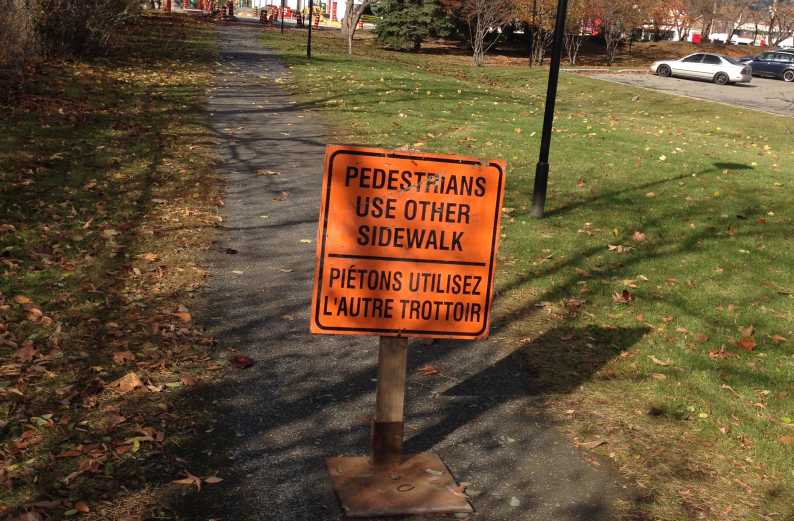 Canada’s new federal government is seeking public input before the budget is set. Of course, we couldn’t miss out on this chance to ask for what we want most: a focus on cycling! Read on to see the letter we submitted to the Minister of Finance.

If you’d like to submit your own comments, visit: http://www.budget.gc.ca/2016/prebudget-prebudgetaire/index-en.html

Re: Public Submissions to the 2016 Federal Budget Process

Summary: Given that active transportation (walking, cycling) is critical to optimize investments in public transit, and given the strong public support for improved cycling infrastructure, Citizens for Safe Cycling requests:

2) that a National Cycling Strategy be developed so that Canadians can benefit from more choice in transportation, cleaner air, and better health.

Our organization, Citizens for Safe Cycling (CfSC), advocates for the safety of cyclists and would-be cyclists in the City of Ottawa. This rapidly growing base of citizens who support cycling are encouraged that the Federal government intends to make major near-term infrastructure investments. We are also supportive of the major international engagement of our new Federal government on climate change, with Canada setting ambitious new emissions-reduction targets. CfSC hopes that the value of cycling to Canada’s economy, environment, and public health will be recognized in the upcoming federal budget, and we would like to submit the following points for your consideration:

At this time, cities across Canada are making unprecedented investments in public transit. To maximize the value of major transit projects, however, it is also important to implement a well-designed active transportation network. Citizens for Safe Cycling believes that cycling and transit are natural partners. Cycling can massively expand the catchment area of rapid transit, and is a practical solution to the “last mile” problem. This is of particular importance in dense urban areas, where space for parking and road widening to serve transit stations may be limited.

CfSC regularly consults with the City of Ottawa on best practices in design and planning, but currently the Ottawa Light-Rail-Transit (LRT) budget does not allow for optimal cycling-transit intermodal connectivity at most stations. Simply put, no transit project is complete unless the bike paths leading to them connect. Citizens for Safe Cycling therefore proposes that, in the 2016 Budget, the Government of Canada should provide funds for the construction of transit-oriented active transportation networks when major transit projects are built.

We would like to draw your attention to findings from a study commissioned by the City of Ottawa in 20131, which examined how people in Ottawa travel. This study shows that there is overwhelming public interest in cycling, and broad support for increased investment in active transportation. Some highlights of the study were that:

In the 2016 Budget, Citizens for Safe Cycling is requesting the development of a national cycling strategy. Active transportation choices will help Canada reach its carbon emissions targets, and improve the health and well-being of Canadians. Furthermore, with its slower pace and fine-grained travel experience, cycling is an ideal way to experience Canada’s natural beauty, culture, and heritage.

The City of Ottawa has created and continues to deliver a strong, multi-phase Ottawa Cycling Plan, which could be accelerated and expanded by federal funding to create a positive impact much faster, with meaningful economic, health, and social benefits to residents. With increased funding, we believe Ottawa is in reach of becoming a truly world-class cycling destination. Other cities across the country are also in the process of developing and implementing their own cycling strategies. We believe it’s time for the Government of Canada to support this movement, and show leadership in developing a cycling strategy that will accelerate the work that has already begun at the local level.

An important aspect of a national cycling strategy would include dedicated funding for building the high-quality infrastructure that is essential to making cycling an attractive transportation choice. It is our view that cycling should be considered in federal infrastructure projects, so that investments in airports, ports, highways and buildings are all bike-friendly by design. Other elements should include studies of best practices, a cycle tourism strategy, safety standards, and education programs. A national cycling strategy would help Canada to reap the environmental, health, and economic benefits that will be seen with broad-based uptake of cycling.

With sincere thanks for your time and consideration of these points,

About Citizens for Safe Cycling:

Citizens for Safe Cycling is an Ottawa-based non-profit advocacy group. We are a 100% volunteer-run, membership-based organization with over 200 members. Our objective is to support initiatives that make cycling accessible and enjoyable for people of all ages and abilities. We have been working towards improving cycling conditions in Ottawa since May 1984.