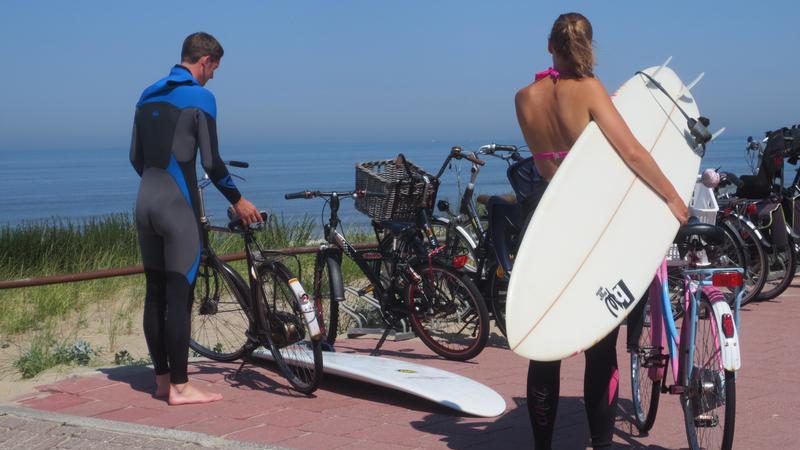 The 2015 budget was a case of “you can’t squeeze water from a stone”, with a 2% limit on the tax increase (an election campaign promise made by Mayor Watson).

In recent weeks, we’ve been hearing about a budget shortfall, claw backs on capital project budgets, and community disappointment that Ottawa is being “cheap” – for example, by ending the beach season in mid-August. It seems like the time has come to consider whether our current tax rate is providing the city infrastructure and services we’d expect.

It’s always difficult to figure out how much is being spent on cycling infrastructure. Some infrastructure is shared with those on foot, so maybe it can’t be considered 100% part of the cycling spending. At other times, for example, a bike lane will be added during road reconstruction, and will be impossible to tease out that small additional cost from the overall budget for that project. But regardless of what is actually being spent, maybe the question that matters most is “Have we done enough?”

Ask just about anyone who bikes if they’re being well-served with safe and convenient cycling routes, and it’s a good bet that you’ll hear about a long list of roads and paths that need improvement. Ask someone who doesn’t ride a bike “why not?”, and the number one answer is that they don’t feel safe on the road. Either way, a safe place to ride is a well-recognized need, both by people who currently ride a bike, and those who would like to. Even people who have no intention of ever riding a bike appreciate not needing to share the road space with cyclists. So, it seems clear that proper infrastructure for cycling has a lot of catching up to do before people in Ottawa are truly being given adequate transportation choices.

We hope you will add your voice to the 2016 budget consultations, and let the city know that cycling is important to you. Here are some suggestions for how you can participate:

1) Learn about the City Budget process. The city treasurer hosted a public presentation “City Budget 101” in June. CfSC members attended, and can recommend it as being informative and interesting (really! people were entertained!). You’ll learn a lot about how the city funds its various capital and operating expenses, including what is and what is not flexible in the budget. You can view a recording of the presentation here.

2) Let your city councillor know what you’d like to see in the 2016 budget. As we heard from councillors at the winter bike parade in 2015, it’s really helpful to councillors to be able to say that they have the support of residents in their ward. So even if you happen to live in the ward of someone who is a true champion for active transportation, they still need to hear from you. Talk about what you’d like to see built in our city, and also about how you’d be willing to fund it. If you’re not sure how to contact your city councillor, CfSC has a handy widget to help you.

3) Participate in the City’s 2016 Budget consultation process. This is one of the most important actions you can take to let the city know how important cycling is to a sustainable, affordable, livable city that works for everyone. CfSC urges you to attend the session in your area. This is the first time the city has hosted a consultation event like this, and your attendance will help to demonstrate how passionate residents are about building a great city. Let’s show the city how much we care. The first telephone town hall took place already and there was a question about cycling to Mayor “John” Watson.

City Councillors are organizing the following sessions to consult with residents:

In addition, Councillor Allan Hubley (Kanata South Ward) will host a budget consultation page on his website where residents can leave comments.

4) Register as a public delegation at a Standing Committee, Board or Commission budget review meeting. Members of the public can make a five-minute presentation to Standing Committees, Boards and Commissions at meetings taking place after the Draft 2016 budget is tabled on November 12. Presentations on specific subjects must be brought to the Standing Committee, Board or Commission that is responsible for that subject. To register in advance of the meeting or to find out which meeting you should attend for the subject you want to address, contact the relevant Committee Coordinator by calling 3-1-1

7) Become a CfSC member. CfSC will participate actively in the 2016 budget consultation process. The more people we represent, the stronger our voice is. While we are all volunteers, membership dues help to pay the expenses of running the organization. Membership has its rewards, too, such as discounts at local retailers. You can join here.

By Heather Shearer, CfSC Board member