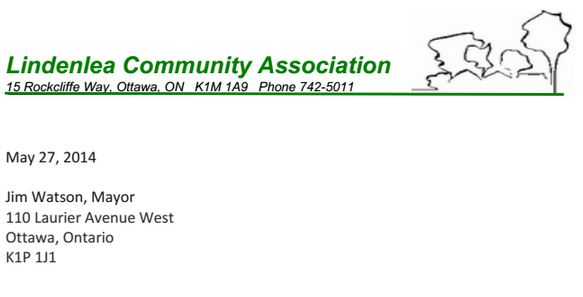 The Lindenlea Community Association encourages implementation of a bike lane on St. Patrick.

I am writing on behalf of the Lindenlea Community Association to urge you to encourage City Staff to implement a bike lane the length of St Patrick during resurfacing work taking place this summer. We recently learned that the project does envision a partial bike lane, only to Cobourg, but none from Cobourg to King Edward. We encourage revisiting this decision while we can and extending the bike lane the length of St Patrick St.

Creating a bike lane would neither affect the currently planned vehicular lane width on St. Patrick nor have any budgetary implications. We have heard city staff raised concerns that a bike lane was not included in the plans due to the width of a potential bike lane – 1.15 metres or nearly 4 feet for each direction – not being up to standard. While there are numerous bike lanes of that width or less throughout the City – Cummings Bridge, Montreal Road, Ogilvie Road- more importantly the research is clear that cyclists are safer when cycling in a designated lane versus lanes that simply have sharrows, as are planned in this case. Sharrows are not bike lanes.

As you well know, St. Patrick Street is a key route for people in New Edinburgh and Vanier to travel to our community – to the Market, Lowertown, downtown and points further west, and vice-versa. We are pleased to learn of the resurfacing of St Patrick to King Edward, and encourage the extension of the bike lane to King Edward at least, and ideally all the way to the Alexandra Bridge. We note that the condition of the road from King Edward to Sussex is also in serious disrepair, and frequent patching may not be cost effective, or safe. We request the resurfacing be extended to Sussex, and a bike lane added the length of St. Patrick.

It would be a missed opportunity indeed if we failed to establish a lane at this juncture. With traffic backed up on St.Patrick during rush hour, and the population growing in the Beechwood corridor (as well as plans for the re-development of the former CFB Rockcliffe), we have an opportune moment to make it easier and safer for residents to travel along this route, and increase the cycling modal share. Moreover, given that the Master Transportation Plan and other relevant city policy documents extol the virtues of active transportation, a bike lane along St. Patrick offers a great opportunity to put words into action.
There are many alternative routes for cars in our fair city and yet there is only one East-West route for bicycles. The City’s good intentions for a more sustainable and livable City can start with making it easier and safer for bikes, not just cars.