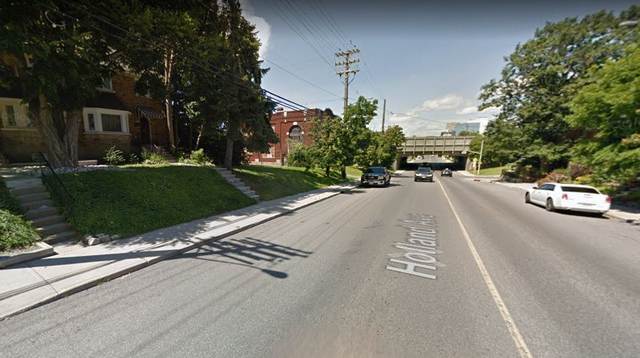 Recently the City of Ottawa succumbed to the pressure of just over 100 local residents to refrain from installing temporary bike lanes on Holland Ave.

These lanes would have accommodated vulnerable road users who need to cross the Queensway. Normally, many schoolchildren and residents would use the Harmer bridge over the Queensway to get to school or do their errands. But the bridge will be replaced by a new structure and the only reasonable alternative is four lane Holland Ave.

Bike Ottawa believes that temporary bike lanes are necessary for children as their school is on Holland Ave:  there is no other way to get to their school than using Holland. We are surprised to read that the city is taking such a lax approach to the safety of children and we urge to city to review this decision.

A counter petition of over 700 names in favour of temporary bike lanes was not completely ignored but we don’t believe that the current ‘super sharrows’, sidewalk riding, and a temporary 30 km/h zone are a solution to bring children safely to school. Holland Ave is not only a busy arterial; it is also a bus route.

Only proper road design is truly capable of creating safer conditions. Signs don’t influence the user perception of design speed. Research shows that sharrows do not improve safety for cyclists. And there is ample evidence that sidewalk riding is actually MORE dangerous for cyclists than using the road. We will cross our fingers that no child, hidden by a car parked on the street, is injured by a driver entering or exiting a driveway. And we are very sad for the many children who, for the next two years of their childhood, will not even be allowed to ride their bicycles to school or activities at all.

It is unfortunate that council did not demand more safety for our children, especially because the bike lanes would only be a minor inconvenience for a handful of Civic Hospital residents on a few blocks.