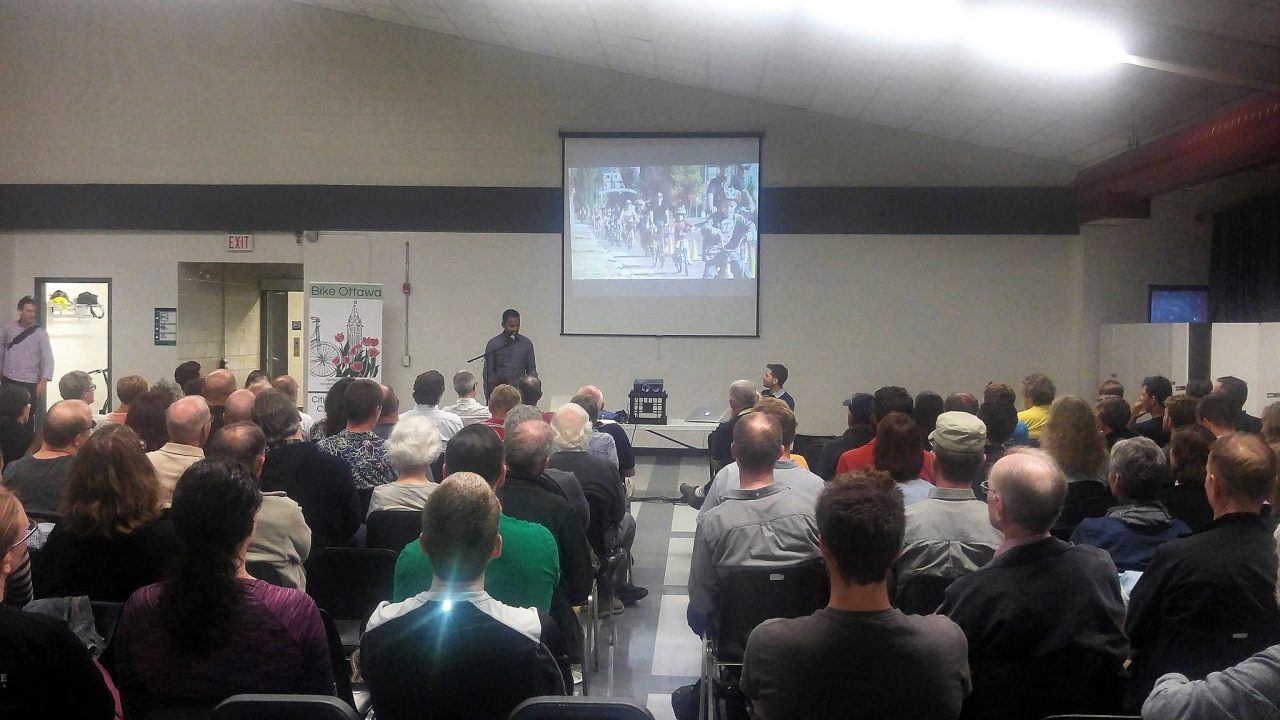 We had a great turn-out and a great line-up of speakers before covering some official business and running elections for the Bike Ottawa Board of Directors: read on for some highlights.

During the official business portion of the meeting, we also held elections to the Bike Ottawa Board of Directors. We said a big thanks to Gareth Davies, who worked tirelessly as our President for the past two years, as well as to Simone Rivers, who recently resigned from the Board after many years of serving as our Membership Coordinator.

Heather Shearer was elected as new President, and Cassandra Fulgham was elected Vice President. We also welcomed Maria Rasouli and Kate Hunt to the Board.

Learn more about them and the rest of the Board of Directors here.