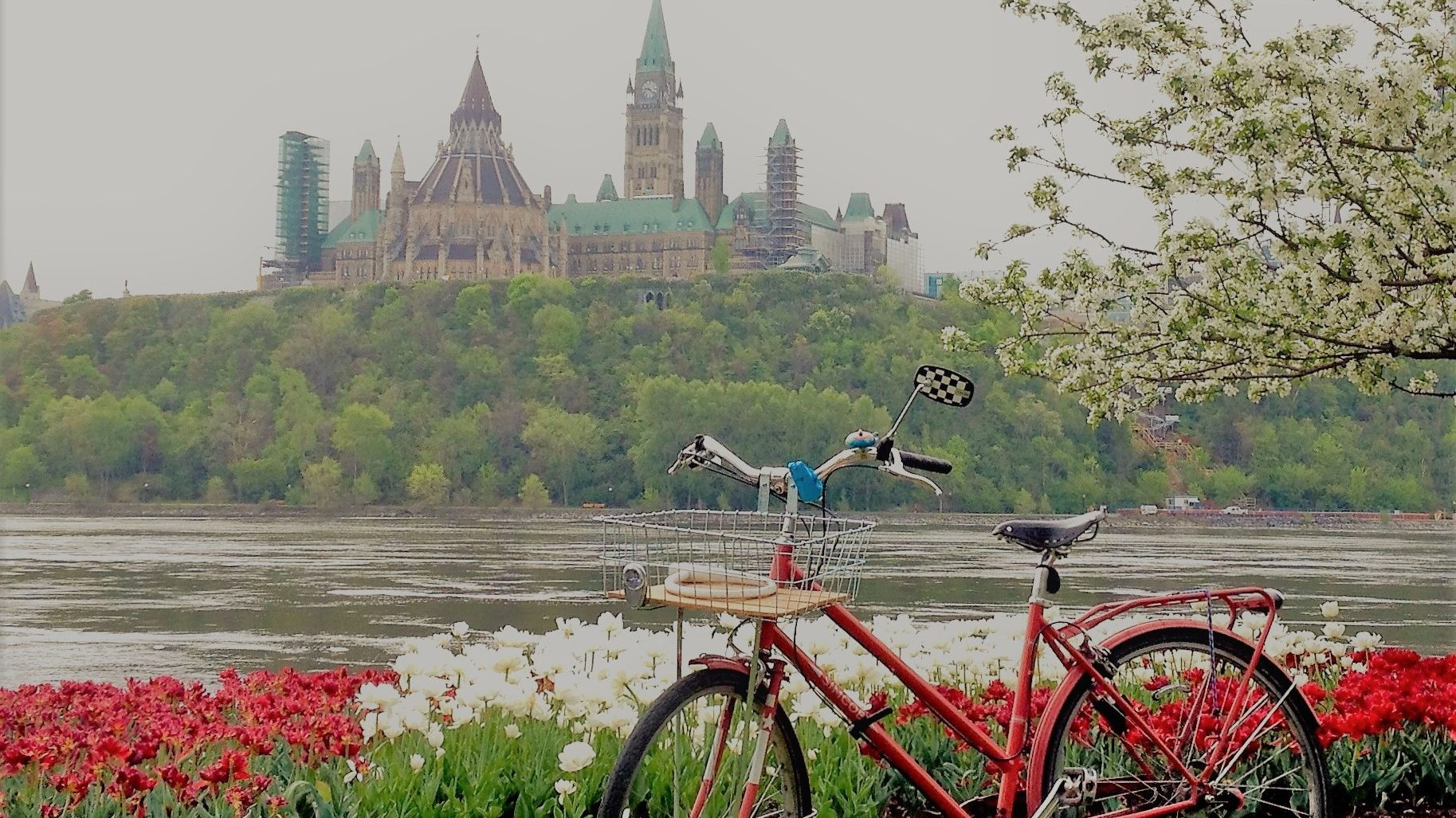 This year, for Canada’s 150th anniversary of confederation, the Canadian Tulip Festival, running from May 12-22, promises to be as beautiful as ever. There is no better way to take it in than on two wheels, since almost all of the main tulip sites are accessible via Ottawa’s pathway network, allowing you to easily pedal to the petals!

To help you along, we’ve put together a couple of Tulips on Two Wheels self-guided tours you can do to make sure you take in as many petals as possible. One of the tours is more aimed at adults and the other is aimed at families with kids.

What you can expect on both tours

Tulips and Tots on Two Wheels

There are lots of family-friendly activities planned at Tulip Festival and bikes are a great way to get between these. The main spots for families are at Lansdowne and Commissioner’s Park but we’re suggesting a few other stops to keep the young ones (or just the young at heart!) entertained and happy.

This route is about 15km for the whole tour, which might be a bit long for our littlest bike buddies, but you can do any portion of it on its own.

This route is intended for families with kids on bikes or in bike seats or trailers. One part of the route isn’t accessible to trailers, so we’ve mapped a detour option for that part of the tour or you can just skip it altogether.

Flooding Note: As the Ottawa area has experienced some flooding lately that will impact part of the route as proposed here (that passing along the Ottawa River Pathway below Parliament Hill), we’ve provided an alternative route if the pathway remains flooded. In that case, use Flood Route.

Tulips and Tipples on Two Wheels

This 14km self-guided tour is a great way to see the main sites and beautiful colours of the tulip festival with a few stops for a drink and a bite to eat along the way, close to the route. You can do the whole tour or just a portion of it.

Flooding Note: As the Ottawa area has experienced some flooding lately that will impact part of the route as proposed here (that passing along the Ottawa River Pathway below Parliament Hill), we’ve provided an alternative route if the pathway remains flooded. In that case, use Flood Route.

A bike is also the best way to get to and from the Tulip Festival fireworks, which take place on May 21st at Lansdowne. Park your bike in the ample bike parking at Lansdowne and enjoy the fireworks (you’ve even brought your own seat!). One of the best parts of the fireworks is riding home with everyone else afterwards (don’t forget your lights)!