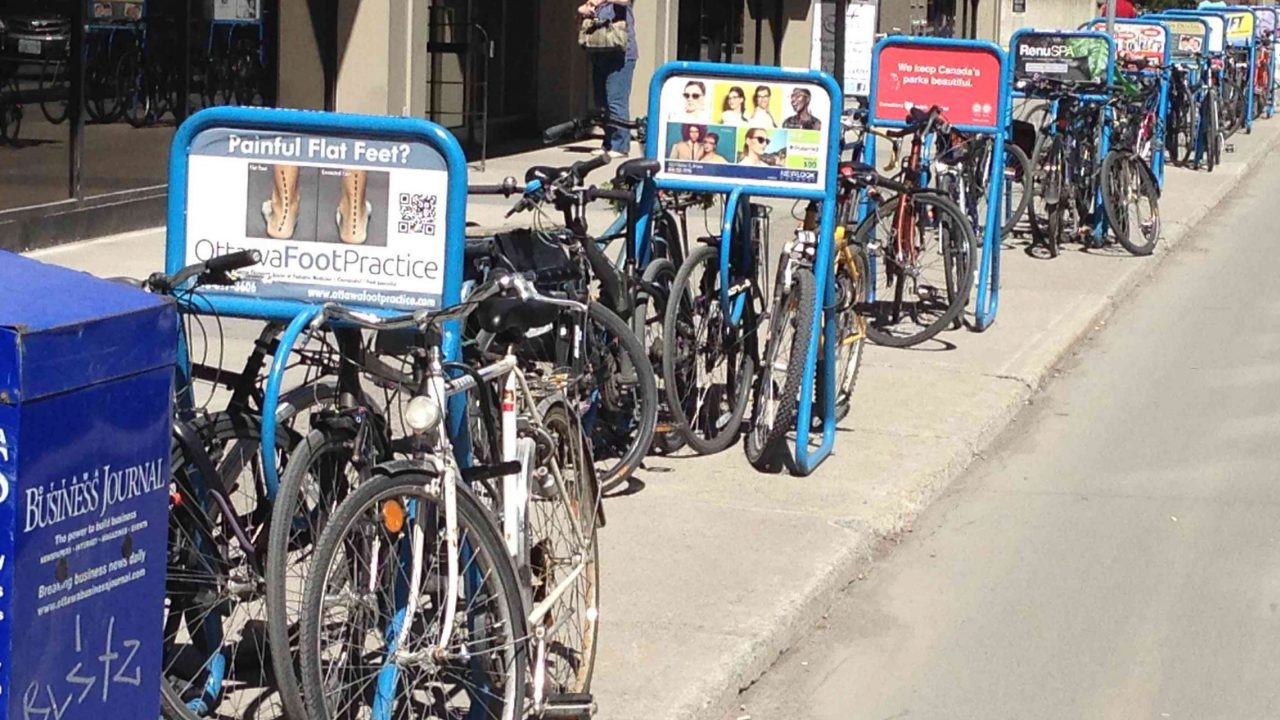 In April and May, the Citizens for Safe Cycling Advocacy Working Group discussed an array of issues, including plans for cycling and pedestrian links to planned LRT stations; potential improvements for cyclists on NCC multi-use pathways (MUPs); and infrastructure planning for north-south and east-west bikeways in the Ottawa cycling network.

MUPs are planned along all LRT tracks. At Pimisi Station at Booth Street, the Working Group noted the need for an off-ramp for cyclists heading south-bound on Booth to access the planned multi-use pathway by the station. The Working Group also noted that a new pedestrian overpass is planned at the new Queensview station, which would provide a good alternative to biking on Pinecrest.

In a workshop on the design of the linear park planned along the Sir John A. MacDonald Parkway when the greenspace is widened during LRT construction, Working Group members voiced support for installing separate pathways for cyclists and pedestrians. To indicate which pathway to take, the Working Group is recommending using landscaping and benches to signal the slower pedestrian route, and that the higher-speed route be as straight and direct as possible, potentially including a bike tools station. The rest of the western Ottawa River Pathway could also benefit from a separation of pedestrians and cyclists given the high volume of multi-modal traffic, particularly at peak commuting hours.

The Working Group is pursuing other issues related to cycling on the NCC pathways, for example, advocating to require traffic approaching the parking lots, rather than cyclists on the pathway, to stop at intersections of the pathway with parking lots. Installation of a guardrail along southern sections of the Rideau Canal pathway in light of recent cycling accidents is also recommended.

The City has decided to complete, pave, and light the unfinished section of the Trillium MUP between Young Street and Carling Avenue. On the west side of the O-Train tracks, CfSC is continuing to push councillors and Ministry of Transportation of Ontario representatives to pursue low-cost and/or cost-sharing options for accommodating a Western MUP in the rehabilitation process of the Queensway bridge over the tracks.

The Working Group also discussed recent developments including the cancellation of bike lanes on the southernmost section of the O’Connor bikeway in the Glebe, and plans for a section of the east-west bikeway on Beechwood. In the Glebe, the city used a nomograph to justify its cancellation, whereas on the section of Beechwood from the Vanier Parkway to Charlevoix, the City did not report on the fact that a nomograph would support installing segregated bike lanes rather than the sharrows proposed. The Working Group will continue to follow this issue of data use in supporting decision-making, particularly in light of new tools being proposed, such as the development of indicators for Multi-Modal Levels of Service.

Ongoing issues that the Working Group will continue to discuss include the proliferation of multi-lane roundabouts and safety implications for cyclists.

If you’re interested in becoming a part of our work on these and other issues, find out about joining our Advocacy Working Group.