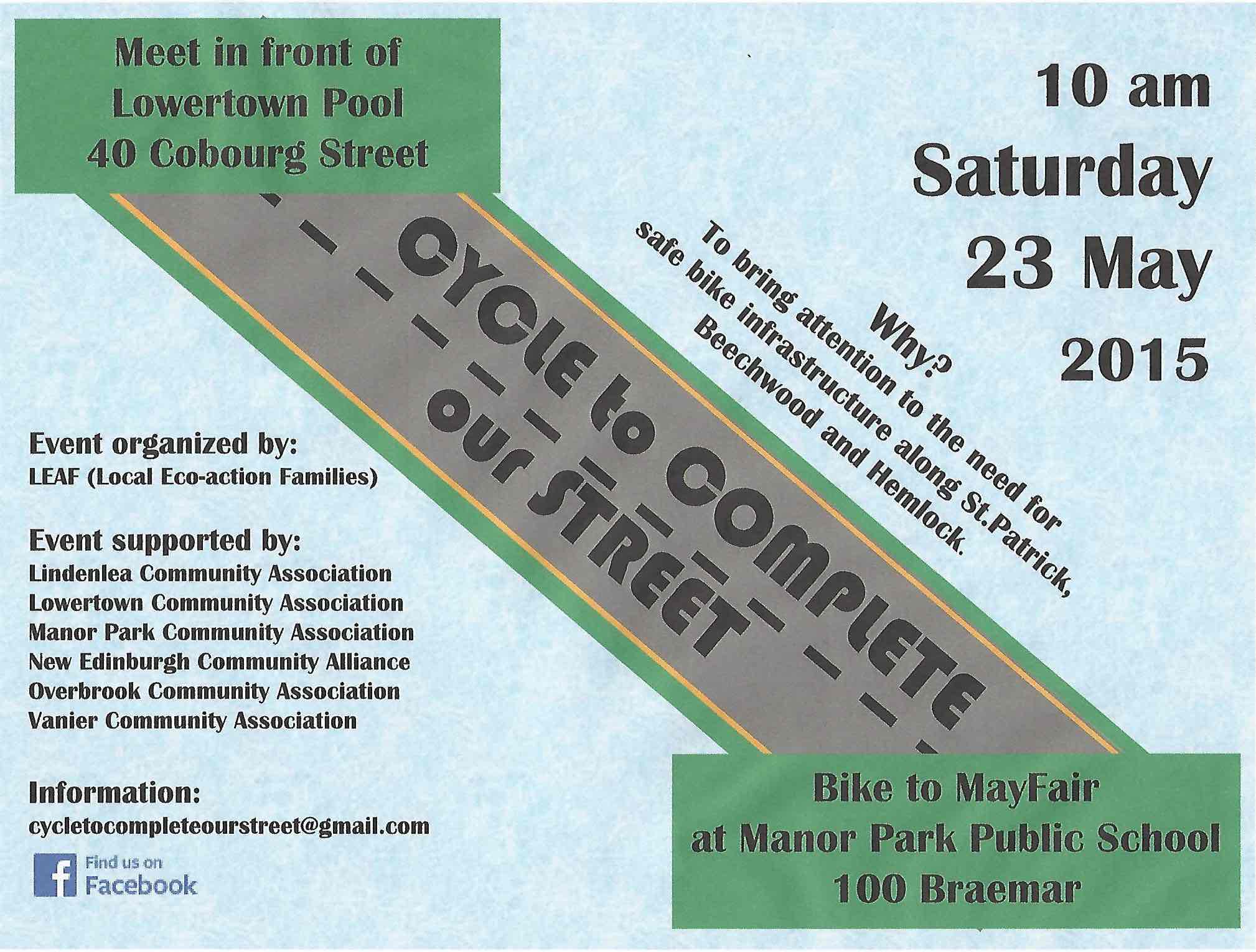 The city needs to revisit what they’ve done on Beechwood for the east-west bikeway. Consider attending this ride.

The original plan was for east-west bikeway route to follow Beechwood straight from the St. Patrick to Hemlock, but the city changed this and built it with a jog along Barrette St. This reduces the impact on parking. The part I’ll focus on here is the one bit of Beechwood that’s used: Vanier Parkway to Charlevoix. The city’s chosen to use only sharrows here, and that’s a mistake.

When building new infrastructure, the city is supposed to use a nomograph for infrastructure selection. The Annual Average Daily Traffic (AADT) for Beechwood was 18,600 in 2008. Regardless of the actual speed, the facility to choose would either be “Separated or Alternate Route” (red or beige). Instead, the city chose “Mixed Traffic” (blue).

The reason for not installing bicycle lanes (and only sharrows) is likely influenced by parking spots; there’s a total of 13 on this block.

But it is possible to reverse decisions and redesign after. An example is when they removed the segregated bike lanes on Laurier west of Bay St. to accommodate parking). They need to revisit this decision.

In the meantime, this one block makes the entire east part of the bikeway remains inaccessible to non-confident cyclists.