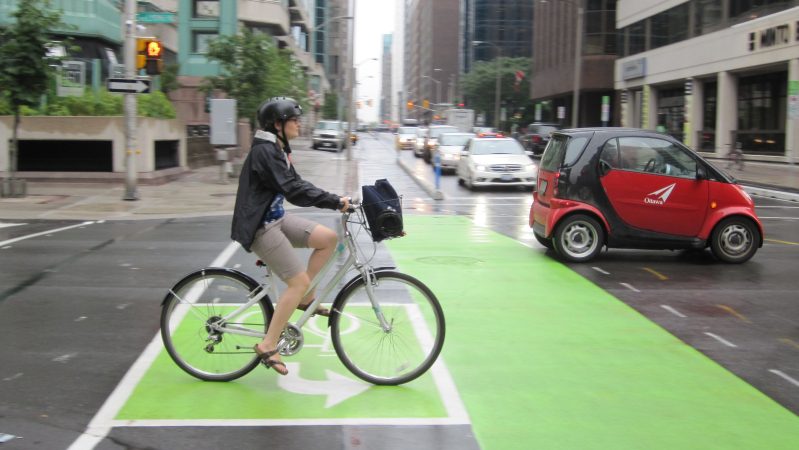 Since 2000, the Federation of Canadian Municipalities has celebrated best practices in sustainable community development through its annual Sustainable Community Awards. The Awards are open to all Canadian municipal governments and their private-sector partners. FCM’s Green Municipal Fund is the primary sponsor of the Awards.

On November 17, 2014, FCM announced the 2015 award recipients in six categories. Winners will be formally recognized at an awards ceremony during FCM’s 2015 Sustainable Communities Conference (SCC) in London, ON.

Over 1.25 million bike trips have been counted on Laurier Avenue West since the City of Ottawa, implemented the province’s first downtown segregated bicycle lanes in July 2011. Launched as a pilot project, the new bike lanes were declared a success in July 2013 and are now a permanent feature. Results include improved safety and a greater proportion of cyclists in the downtown traffic mix, reduced roadway maintenance, and new measuring tools to benefit future projects.

Link to the counter on our data webpage.