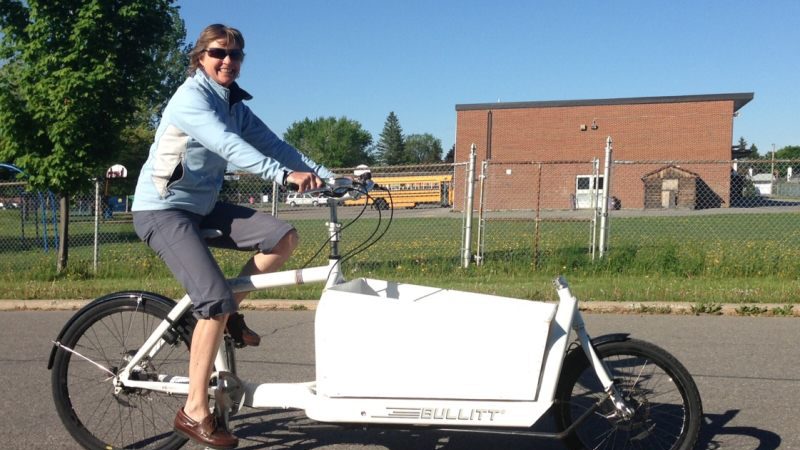 Most attention for cycling usually goes to the downtown core, with its thousands of commuters, denser communities, expensive parking, traffic congestion and all that comes with a big city.

However, in the last few years, the suburbs see an increase in cycling too and not only recreational. For example, 40% of interviewed people (source: Ottawa Bicycle Plan) would like to cycle more if there was more and better bike infrastructure (which doesn’t mean bike lanes alone, but also bike parking, safe routes to school etc.).

Fisher Heights, situated just south of the Experimental Farm, between Fisher and Merivale, is becoming more and more popular, as the properties are more affordable than downtown and it is still only about 8 km from the down town core. This translates to about a 25 to 30 minute bike commute, partly through the very quiet Experimental Farm, or a 20-30 minute bus commute.

Developers are discovering the area too, and the chocolate chip cappucchino rectangle shaped houses are going up, with semi detached homes replacing the 50’s and 60’s era bungalows. House prices are still in the 400k-500k range. New house prices are up in the 700,000 – 900,000 dollars range (if people pay for it is another question).

The population is changing too, with younger families moving in. The time is right for the first Bicycle Day in Fisher Heights. This is what the website says:

We are having our first annual Bike Rodeo and Celebration of cycling from 1:00 to 3:00 pm on Saturday, May 24 at Fisher Heights Park (31 Sutton). This is an event for everyone in the family.

We’ll end the afternoon with a family-friendly cycle tour through the neighbourhood, intended for children who are too young to cycle distances by themselves, and their parents. We will show children safer cycle routes to major institutions in the area, including several local parks, local shopping plazas, Emerald Plaza library, and more.