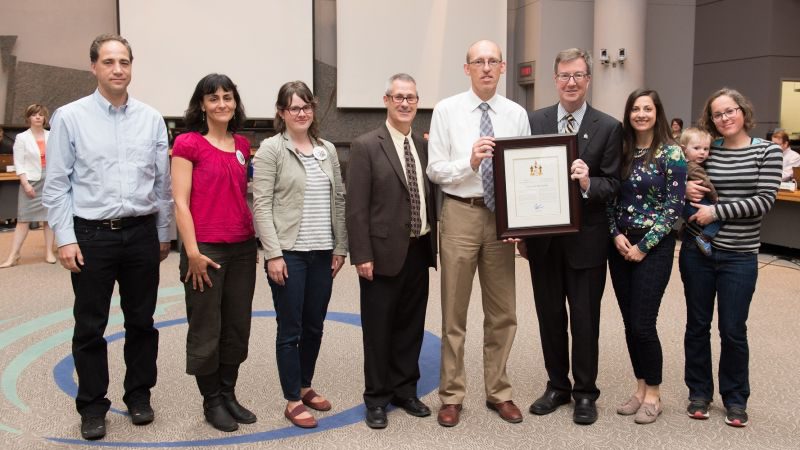 The mayor praised the role of Citizens for Safe Cycling in building a cycling culture.

President Hans Moor of Citizens for Safe Cycling to council: “The award signifies our contribution towards creating a better Ottawa. It also signifies the importance of the growing presence of cyclists in the city”. He continued with: “We thank you for recognising our achievements and promise to keep raising the bar for future improvements to our city, because we must stay vigilant”.

He noticed  that an established engineering company recently complained about the fact that “everyone wants to have their own space nowadays” and asked the city not to tolerate such a mindset. Moor added that Citizens for Safe Cycling believes in a cooperative model which motivates cyclists, councillors and city staff.