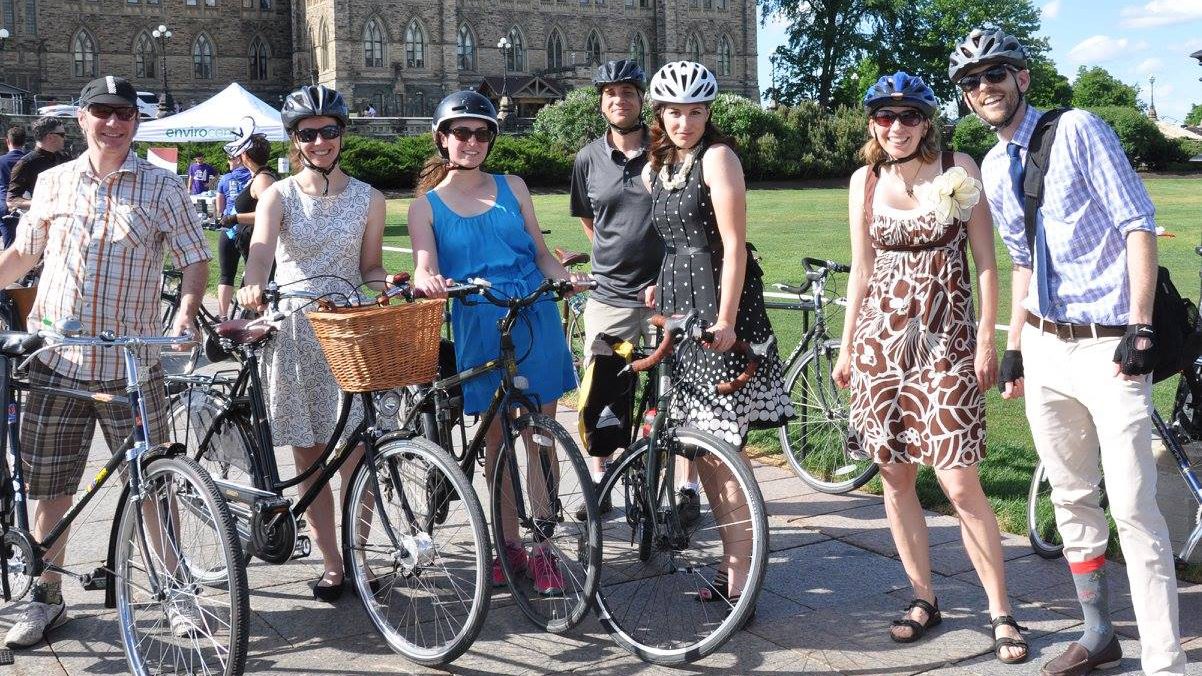 Monday May 30 was Bike Day in Canada, a nationwide celebration of cycling. Here in Ottawa, we were lucky to be able to attend “Bike Day on the Hill”. 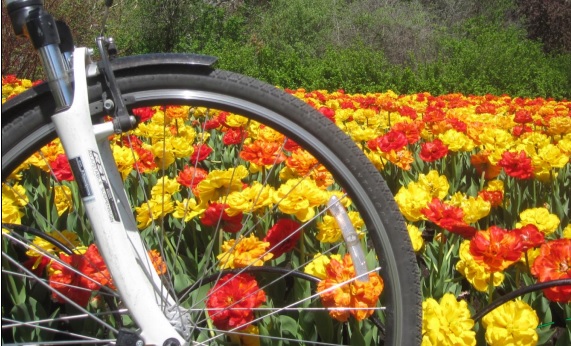 This year our Tulips on Two Wheels event will take place on Saturday, May 21st from 11am-2pm. Find CfSC volunteers in the same location as last year: along the canal at Queen Elizabeth Drive and Fifth Avenue, beside the Canal Ritz Restaurant. 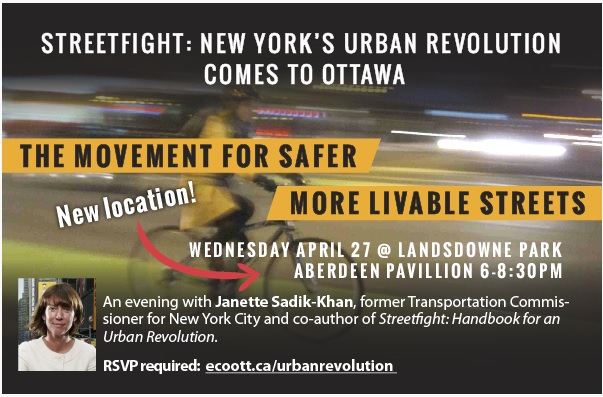 CfSC is proud to be joining forces with Ecology Ottawa and a number of other partners to present an evening with Janette Sadik-Kahn, former Transportation Commissioner of New York City and author of Streetfight: Handbook for an Urban Revolution. 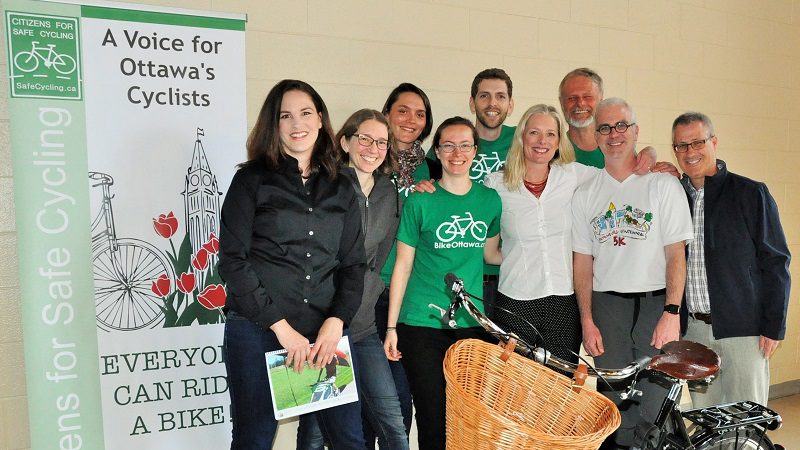 This year, to avoid stealing the Easter bunny’s thunder we kicked off spring a week later than usual on April 2nd, the second Saturday of the season. 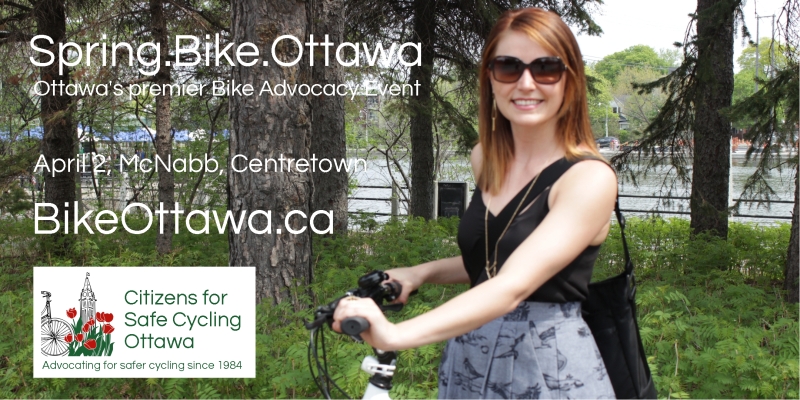 On April 2, we are getting together again for our increasingly popular Spring.Bike.Ottawa afternoon, which has grown into Ottawa’s premier bike advocacy event. 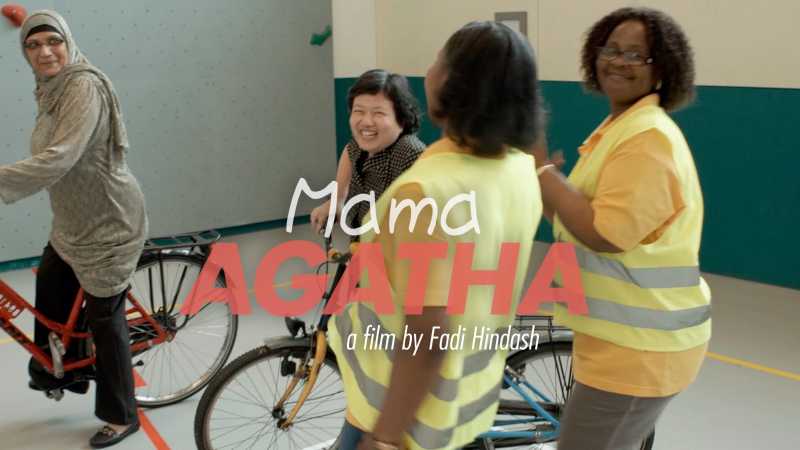 After screenings at the Santa Barbara Film festival, at the European Filmfestival in Lille, France and in Oslo, Norway, Citizens for Safe Cycling, Ottawa’s bike advocacy group since 1984, is excited to bring the Canadian premiere of the Dutch short documentary, Mama Agatha, to the Nation’s Capital. 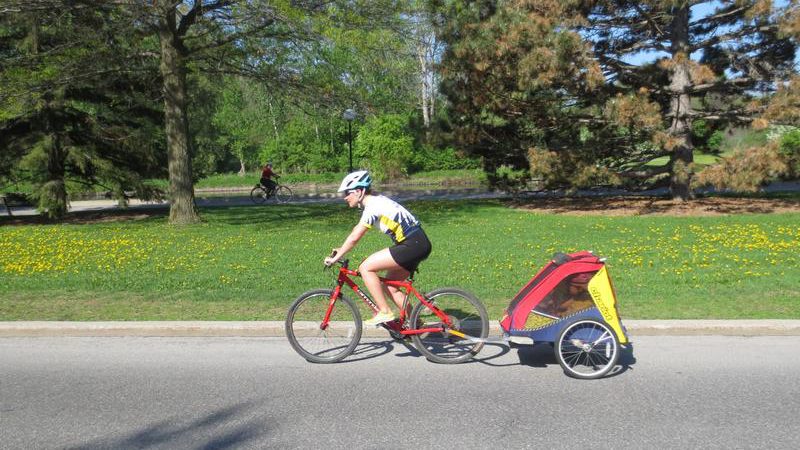 Join NCC Urban Labs for presentations by international guest speakers on ciclovía, a Spanish word for a street that is open for cyclists. Learn more about what people are doing in other parts of the world.

Here’s route map for the 2016 Winter Bike Parade which is this Saturday at 10:30am. This year, we’re heading west to see the new east-west bikeway, and the snow cleared O-Train pathway. This is a child-friendly route and it looks good for winter conditions. 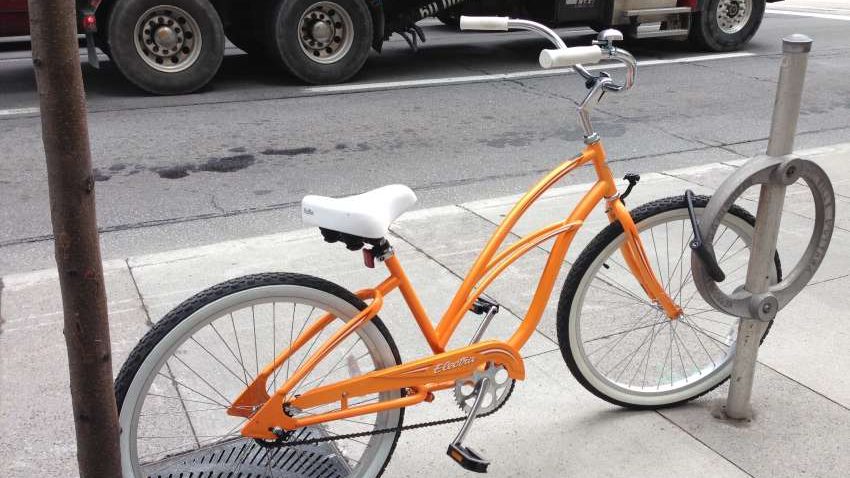 Citizens for Safe Cycling holds its annual AGM on October 5, 2015. The event is open to everyone. It is a great moment to catch up with friends and hear the latest on cycling progress. 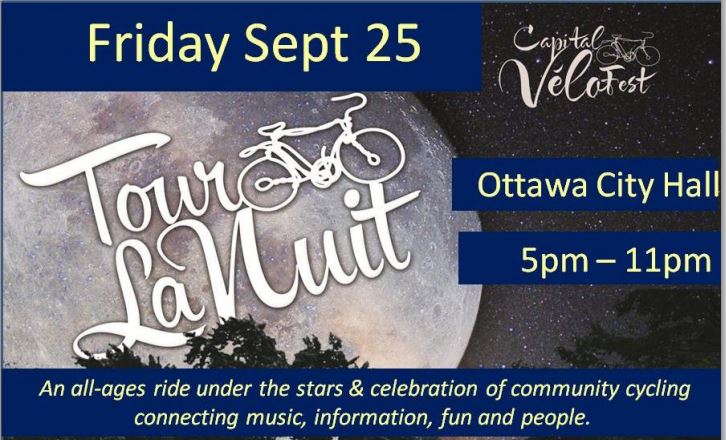 Join in the near-end-of-season Capital Velo Fest Ride under the stars on Ontario’s only closed (for cars) road bike ride at night on Friday September 25, starting at City Hall from 5 pm until 11 pm!